This Sliding Bar can be switched on or off in theme options, and can take any widget you throw at it or even fill it with your custom HTML Code. Its perfect for grabbing the attention of your viewers. Choose between 1, 2, 3 or 4 columns, set the background color, widget divider color, activate transparency, a top border or fully disable it on desktop and mobile.
< back to blogs
Fellows' Blog: Rachael Aptowitz

Maslow’s (1943, 1954) hierarchy of needs is a motivational theory in psychology comprising a five tier model of human needs, often depicted as hierarchical levels within a pyramid. –simplypsychology.org 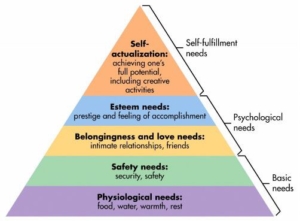 My second month as a Challenge Detroit fellow involved lots of spooky October surprises, most notably falling very ill. While I am still in the process of getting my health back I’ve been reflecting on one of the first theories of psychology I learned way back in Hauppauge (high school).

“The deficiency needs [1-4] are said to motivate people when they are unmet. Also, the need to fulfill such needs will become stronger the longer the duration they are denied. For example, the longer a person goes without food the more hungry they will become.” 1

The first thing on my to-do list after regaining the ability to stay awake, talk, and eat, was to hit the Detroit food scene hard. Luckily two of my best friends were in town for the weekend to run the Detroit Free Press International Half-Marathon (which I plan to attempt again next year), and were ready join me on my food journey… 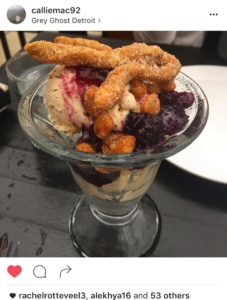 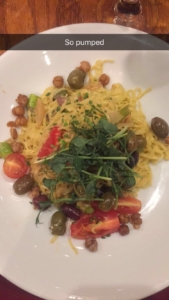 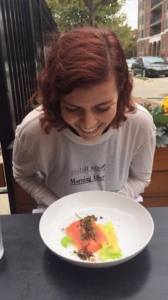 Me looking amazed at food in Brush Park

“Once a person’s physical safety needs are relatively satisfied, their safety needs take precedence and dominate behavior…In the absence of economic safety – due to economic crisis and lack of work opportunities – these safety needs manifest themselves in ways such as a preference for job security” 2

The second thing on my to-do list was returning to my awesome jobs which include: 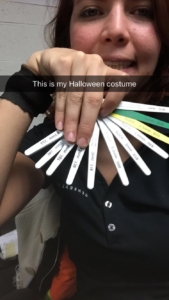 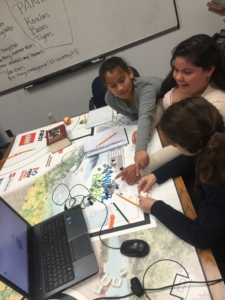 Robotics coach to these STEMistas 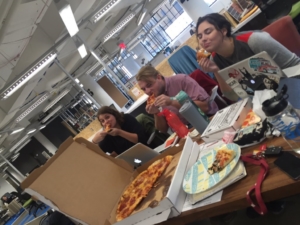 “Friendship, intimacy, trust and acceptance, receiving and giving affection and love. Affiliating, being part of a group (family, friends, work)” 1

The third thing on my to-do list was spending as much time as possible with the people I love while I was awake. These people are absolutely worth getting out of bed (after a 3 hour nap) for, because they are incredible. Not pictured are many friends, roommates, co-workers, fellow fellows, and family members who called me, sent nice towels, put together care packages, snap-chatted, delivered Nesquik, brought over tea, orange juice, and smoothies, and spent time with me when I looked very scary (not intentionally for Halloween). 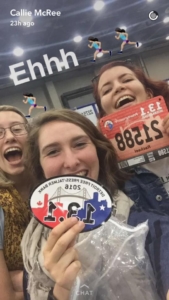 Nicole & Callie! They traveled over several states and ran across 2 countries just to watch me nap! 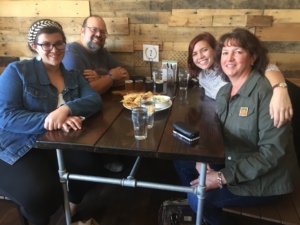 My family! They came all the way from Long Island to hang and tolerated my Little Edie obsession (inspired by in-bed Grey Gardens marathons) while they were here! 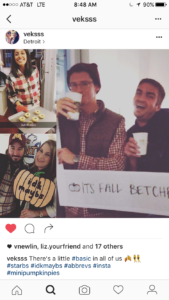 This 4th level is one that I’ve struggled with in the past, mostly because I have a tendency to focus on achievements. Maslow says that the lower form of esteem is the need for respect from others, while the highest form of esteem is the need for self-respect. Luckily being fairly sick has forced me to focus in on my priorities and activities that I am truly passionate about (like Challenge Detroit)! Having to take frequent naps has limited the time I have to devote to being self-conscience about what others think. When I was just starting to get ‘better,’ accomplishing little tasks like going to the grocery store were big achievements for me.

This is the big one (in the original 5 stage model)! Maslow refers to this top level as growth or being needs. Since I am still working on returning to full health (or as Maslow would say, mastering the previous 4 needs), I’m not sure how much self-actualization will be going on for the rest of 2016.

For now though, that is okay. I am happy with being surrounded by people I love and eating PB&J ice cream. 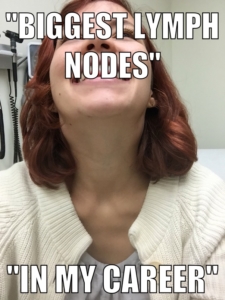 My Doctor has great bedside manners