This Sliding Bar can be switched on or off in theme options, and can take any widget you throw at it or even fill it with your custom HTML Code. Its perfect for grabbing the attention of your viewers. Choose between 1, 2, 3 or 4 columns, set the background color, widget divider color, activate transparency, a top border or fully disable it on desktop and mobile.
< back to blogs
Fellows' Blog: Parker Jean

Jiu-Jitsu, and the Potential for Unity

What if the key to uniting Detroit is by fighting one another? This may seem like a ludicrous and paradoxical question, but the martial art of Jiu-Jitsu might have an answer. 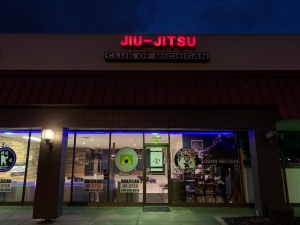 Jiu-Jitsu is an ancient martial art with origins tracing all the way back to the early samurais of Japan. It was later developed and refined in Brazil before entering the United States in the mid 20th century. While the goal of Jiu-Jitsu is not necessarily to hurt other practitioners, it is an intensely physical sport that uses joint locks and choke holds in order to submit your opponent. 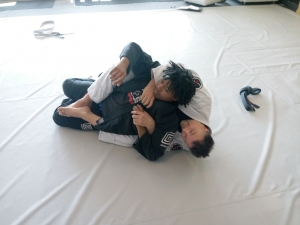 Detroit and its suburbs have had a long history of tension, dating back to the 1960s; most notably the 1967 rebellion, after which thousands of Detroit residents, particularly white residents, fled the city. It would understandably come as a surprise if fighting was proposed as a solution to bridge the two sides. Jiu-Jitsu is more than just fighting, though. Professor Steven Baker, a 1st degree black belt who runs the Brazilian Jiu-Jitsu Club of Michigan, describes Jiu-Jitsu as more of an art form. “Jiu Jitsu is a fighting art, made up of systems of self defense, trained as a sport.”

To Professor Baker, the reason Jiu-Jitsu has the capacity to unify people is due to the fact that, in most cases, their reasons for training are internal rather than external. “For me at 11 years old, experiencing the kidnapping of my older brother left me with internal needs that no one could fulfill or fix” Baker said. “The reason there are no barriers between us on the mat is because we are the same on the inside; the same insecurities, fears, concerns, and needs.” 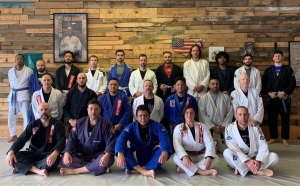 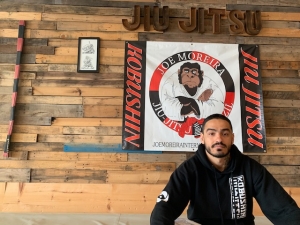 Jesse Stark, a tattoo artist from Detroit’s west-side, classifies Jiu-Jitsu as a “neutral zone where people come together to be students as teachers at the same time”

Stark notices that “friendships develop based off of a discipline we are both studying. When somebody walks into our club nobody knows what they do for a living, or where they come from.”

“When two people start practicing Jiu-Jitsu, the distance between them closes because they become more connected, regardless of where they’re from” Stark says.

There are many platforms that unite people from different backgrounds; music, arts, sports etc. But Jiu-Jitsu is different. There is more at stake. Unlike a concert or a sports game one must, quite literally, trust their life in the hands of others. If somebody doesn’t let go after a “tap” (i.e. surrender, or forfeiture) they could be at serious risk of a broken bone, torn ligament, concussion or even death. 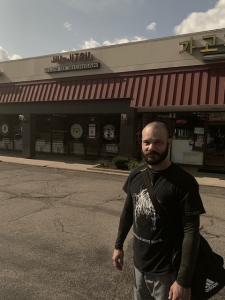 Greg Spahlinger, a public school teacher in Detroit, describes himself as a lifelong fan of death-metal music. “Part of the appeal for metal is because it’s loud, aggressive music and it’s cathartic to listen to” Spahlinger says. “Jiu-Jitsu has allowed me to channel the intensity of the mosh pit into something that builds camaraderie with others.”

The reasons for joining Jiu-Jitsu are as diverse as the people at the BJJ Club of Michigan. There are doctors, engineers, teachers, construction workers, and much more. This embrace of diversity serves as a testament to the bonds that are built between people, regardless of where they come from. And Jiu-Jitsu practitioners are not only bonded by the sheer love of the martial art, but by trust, respect, and compassion. Virtues that give me hope for both the future of Jiu-Jitsu and Detroit. 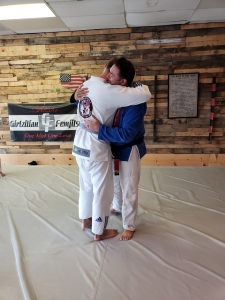 If you’re interested in learning more about Jiu-Jitsu consider the Friday Knight Jiu-Jitsu event at the BJJ Club of Michigan.