This Sliding Bar can be switched on or off in theme options, and can take any widget you throw at it or even fill it with your custom HTML Code. Its perfect for grabbing the attention of your viewers. Choose between 1, 2, 3 or 4 columns, set the background color, widget divider color, activate transparency, a top border or fully disable it on desktop and mobile.
< back to blogs
Fellows' Blog: Fares Ksebati

Trending in 2014: Entrepreneurship in Detroit

Did you know that Detroit recently 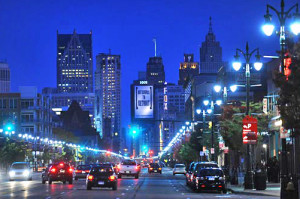 surpassed Silicon Valley in technology jobs? I did not know this, but it’s definitely a thought provoking statement by Bloomberg, and merits the buzz about Detroit’s resurgence in light of the city’s recent bankruptcy.

You can’t ignore the momentum building in Detroit’s technology sector. For Detroit’s entrepreneurial tech-scene, 2013 will be remembered as the year Google launched 7 tech-hubs in cities across North America.

By choosing Detroit, tech-giant Google lead a shift in perception globally about how business can be done in the Motor City. This national support loops Detroit into the bigger start-up scene happening around the world.

How can we foster entrepreneurship?

“We think entrepreneurship has really changed in the last four or five years. People are coming together now more collectively as they start companies.” – John Lyman, head of partnerships for Google for Entrepreneurs

Forbes has implied that some of the next big techonomies to be: London, Tel Aviv, Washington DC, and Hong Kong. In London, Google recently opened a 7 story coworking space that houses over 100 promising start-up companies. As a model, we can look to urban networks with outstanding densities to see trends that will impact Detroit. In Hong Kong for example, a prime office space costs HK$105 per sq. feet a month. As a result, 10 co-working spaces have popped up across the city within the past two years.

No sign of a slow down. Coworking in Detroit.

Today, more and more entrepreneurs and freelancers are looking to coworking facilities to gain access to relatively inexpensive office space. These spaces not only provide the necessities such as Wi-Fi, conference rooms and a mailing address, but the ability to network and meet ambitious individuals with a similar passion.

From an economic standpoint, the largest demand for office space comes from smaller businesses looking for a feasible workspace, and not as much from large corporations seeking to acquire an entire building. In downtown Detroit’s central business district, the vacancy rate has dropped from 33% to 25% in just the past three years, showing a trend that is likely to continue. 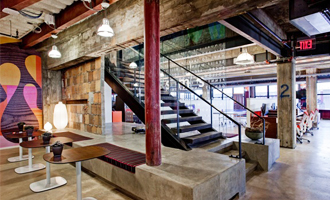 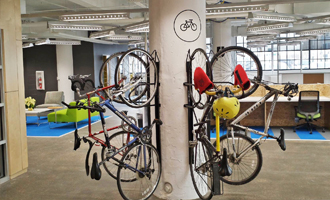 The social aspect of coworking is perhaps the biggest opportunity for budding entrepreneurs. You can’t match the efficiency of being in a creative working environment with access to networking and mentorship programs. These hotbeds are where great startups are currently being born. In Detroit, several coworking spaces and business accelerators have popped up, spurring optimism and excitement for the start-up community.

I have personally toured and worked out of several of these coworking spaces in Detroit, including: Junction 440, Green Garage, Ponyride, the Madison Building (home to venture capital firm – Detroit Venture Partners), and Grand Circus (Google Tech Hub). It is a fantastic experience, and I definitely recommend giving this type of working environment a try.

I suggest this quick read: 5 Signs That Coworking Might Be for You via Mashable.

In 2014, the world will continue to take notice as Detroit builds its own unique brand of innovation. For a city that has historically been the center of invention, the trend will continue in another dimension. This time around, the landscape will be much more diverse as businesses and entrepreneurs truly embrace the start-up community.

Perhaps a tech boom will erupt from the epic Madison block on Woodward Avenue, or in one of the coworking spaces outside of the downtown business district. Wherever this transformation occurs, it will be happening in Detroit, and there is no doubt about that!