This Sliding Bar can be switched on or off in theme options, and can take any widget you throw at it or even fill it with your custom HTML Code. Its perfect for grabbing the attention of your viewers. Choose between 1, 2, 3 or 4 columns, set the background color, widget divider color, activate transparency, a top border or fully disable it on desktop and mobile.
< back to blogs
Fellows' Blog: Alyssa Williams, Adit Ahmed and Elena Luedy

Partnering with the City of Detroit Office of Civil Rights, Inclusion & Opportunity

In December and January, half of our cohort had the honor to work on our second challenge project with the City of Detroit’s Office of Civil Rights, Inclusion and Opportunity (CRIO), to help build awareness about CRIO among Detroiters. CRIO consists of four different workstreams – Civil Rights, Construction Outreach, the Detroit Business Opportunity Program, and Incentives Compliance. These different workstreams come together to ensure that everyone has access to an equitable Detroit.

On the first day of the project, Charity Dean, the City of Detroit Director of Civil Rights, Inclusion and Opportunity and our project partner, spent the morning sharing about the history behind CRIO’s mission. She began with the Interracial Committee, CRIO’s earliest form, created by Mayor Edward Jefferies after the 1943 Detroit race riots, eventually leading to the formation of the Human Rights Department in 1973, and that department’s renaming to CRIO in 2016. We also learned from CRIO team members about the work they do beyond the traditional civil rights umbrella, like recognizing and certifying black-owned business in the city and facilitating connections between Detroiters and local unions. Dean told us that the work our Challenge cohort would do to support CRIO’s responsibilities would play into the office’s larger purpose. “This project is critical to how we move forward ensuring that everyone has access to an equitable Detroit that is bursting with opportunity for all,” she said.

For this project, we split into three teams: Brand Strategy, Engagement Strategy, and Expansion. The Brand Strategy team developed the visual and messaging guidelines for CRIO to consistently present and discuss its work, as well as sample deliverables to illustrate that brand strategy in action. The Engagement Strategy created outreach deliverables that put this brand foundation into use. The Expansion team looked beyond the brand to develop avenues to enable the growth of the CRIO office, specifically around inclusion of the disability community. While our teams had independent goals, we collaborated together, and with the CRIO team, to address shared questions and outcomes.

As the project got underway, we sat down and spoke with multiple stakeholders who are connected to the work that CRIO does. For example, we spoke with an advocate for CRIO’s work who looked for support from the department after experiencing a racist incident at a bar in the City. He aligned with the other stakeholders in showing us that CRIO’s work is already significant to the lives of many Detroiters, and our job was to help tell the story of that impact to more Detroiters.“CRIO is about opportunity, [the] opportunity to give people a voice and tell their stories,” he said. “[CRIO] gives everyone the opportunity to succeed in Detroit.” 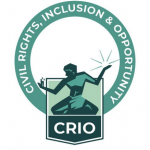 These interviews provided the basis we used to create our recommendations and deliverables. With the Brand Identity and Engagement Strategy needing one another to see their ideas come to life, the two teams worked together and used the information that we learned from our stakeholder interviews to create deliverables that emphasized the stories and spirit of the people we met with. The Brand Identity team built logos and talking points to centralize the CRIO brand identity into a succinct, precise package. This included a new logo for the department, five logos for each of the workstreams (including an Accessibility workstream), as well as a digital kit that includes sample templates for the CRIO team to use in their own work. 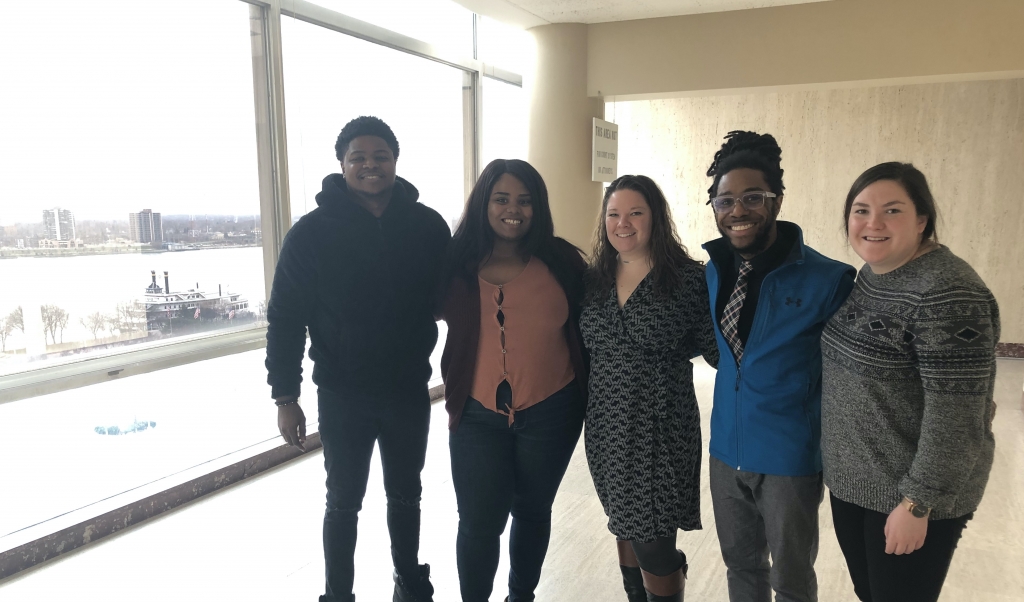 Recognizing the diversity of ability of Detroit’s citizens, the Expansion Team strategized to increase CRIO’s capacity to support and further accommodate Detroiters with disabilities. Proposed strategies were inspired by efforts currently underway in other cities including Milwaukee, New York, and Denver, which have a record of partnership to their constituents with disabilities, however, we focused on lifting up what we heard from Detroiters in our interviews. Part I of our recommendations present an awareness-building plan to facilitate a three-way connection between the City of Detroit, Detroit businesses, and disabled Detroiters. Part II provides a proposal for increasing internal capacity with an accessibility focus in the CRIO office.

Through this project, we were energized in joining CRIO to work towards creating a city that is more equitable for all Detroiters.