This Sliding Bar can be switched on or off in theme options, and can take any widget you throw at it or even fill it with your custom HTML Code. Its perfect for grabbing the attention of your viewers. Choose between 1, 2, 3 or 4 columns, set the background color, widget divider color, activate transparency, a top border or fully disable it on desktop and mobile.
< back to blogs
Fellows' Blog: Myka Watts

The Truth About Detroit’s “Comeback” Story

In the midst of Detroit’s resurgence, it is no surprise that the city has gotten an increasing amount of media coverage. People from outside of Detroit have become fascinated with the Motor City’s “regeneration”, as new developments, attractions, and businesses pop up all throughout the Downtown area and in other select neighborhoods.
Recently, I read an article that identified Detroit as “America’s Comeback Story”.

In the article, The Toronto Star writer states, “Stop being scared of Detroit. The story here is no longer automobile industry collapse, decline, decay and blight. It’s about a glorious city that birthed the Model T and Motown, that’s coming back better, stronger, artier”.

Throughout the article, the author highlights a variety of places, including Eastern Market, Hopcat, the new Aloft Hotel, Punchbowl, and the Riverwalk. The purpose of the article was to highlight all of the fun, wonderful things that the city has to offer; however, as a local Detroiter, I struggled reading it.

I’ve grown up in Detroit. I went to Detroit Public Schools from Kindergarten until I graduated from high school. I’ve worked and still work in Detroit. I have seen the landscape of the city change and evolve. I have labored in the community, with the people; with my family. When I hear and read about how great Detroit is “becoming”, I am often left feeling uneasy and frustrated with the pictures that are being painted in the media.

It is important for the people who are not from the city of Detroit to understand that before the recent economic development and changes, Detroit was not as terrible of a place as people made it seem. Like any other urban area, of course, Detroit has its challenges, including a high rate of crime, a deteriorating public school system, and a host of other issues. However, it is important that we do not overlook the great things that existed in the city before the recent media attention.

As a native Detroiter, it is imperative that the media finds balance in its coverage of the good things in the city. Outside of the Downtown area, there are families, small businesses, nonprofits, and success stories. Yes, there is blight. Yes, there is decay. Yes, there are remnants of a collapsed industry; but the spirit of an unbroken people still remains. Communities are still alive. And although, there are signs of turmoil and distress, there is still hope. So, no Detroit is not “America’s Comeback Story”. Detroit is a city, with a rich history of just as much success as there is failure. As the city moves back toward its once-glamorous status, I want outsiders to realize that Detroit is just not a travel destination. It is also home for many people. People like me. 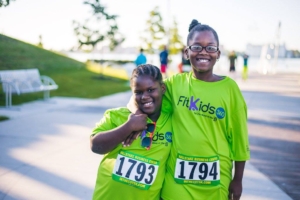 Detroit is home to children and families.

In this photo, children in the FitKids360 Detroit  Program completed this year’s “On the Move: In the Cut 5k” the children in our program trained for 10 weeks with mentors to get ready for this big moment!  (photo cred: Zacharov Photography ) 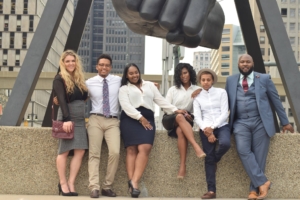 Detroit is home to young professionals who want to make a difference (Photo cred: Cory Jackson) 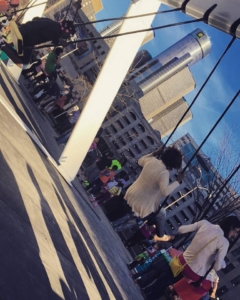 Detroit is home to a community that loves its city, despite its history and negative elements (Photo Cred: Myka Watts)