This Sliding Bar can be switched on or off in theme options, and can take any widget you throw at it or even fill it with your custom HTML Code. Its perfect for grabbing the attention of your viewers. Choose between 1, 2, 3 or 4 columns, set the background color, widget divider color, activate transparency, a top border or fully disable it on desktop and mobile.
< back to blogs
Fellows' Blog: Natalie Punzak

I’ve spent the last month thinking critically about art. I love art, and my life has been largely defined by experiences creating and engaging with art. The last month has been particularly great because art became the focus of our Challenge Detroit work and a major outlet for play in Detroit. In mid-January, we began our third Challenge Projects with Downtown Youth Boxing Gym and Beaumont Family Health. Both partner projects are focused on the role of design in supporting healthy, inclusive lifestyles. I’m working with Beaumont as a Project Coordination Lead, organizing and assisting teams as we create art installations to promote exercise and healthy living. Our touch-point at Beaumont studies and implements art within Beaumont hospitals because of its positive relationship to healing and preventative health; our goal is to create art that encourages active lifestyles and exercise. This project has challenged me to understand how art can shape human behavior and how to create art with a specific audience in mind. Art is powerful, and its creation and dissemination bear implications — it’s exciting to see (in this case) how art can positively affect lives.

Beyond our work with art as a tool for lifestyle change, I’ve attended several Detroit events–including our own Challenge Detroit artist/creative panel–that have broadened my perspective on arts culture in Detroit. Detroit Passport to the Arts invited Fellows to see “Firepower” at the Detroit Repertory Theater. The Detroit Rep is a regional theater that focuses on indigenous storytelling by local artists. “Firepower” told a story about secrecy in identity, love, and family. As a former theater geek, it feels strange to acknowledge that “Firepower” is the first play I’ve seen with a cast not only majority but entirely of people of color. Theater’s magic lies in its ability to immerse audiences in cultures and stories not their own, but after “Firepower” I realized that mainstream, critically-acclaimed theater is not by nor for everyone. As consumers, we should think more about whose stories we choose to engage with and why. I will definitely be back at the Detroit Rep for their next show…

Later in the month, I attended a Critical Context Summit hosted by Creative Many that grappled with art, its representation, and its role in the local economy. Artists and creatives discussed the dichotomy between the arts scene and the arts market, a reminder that artists must be supported beyond attendance at trendy gallery openings, and that trendy gallery openings tend to showcase an exclusive portion of Detroit’s artists. I admittedly enjoy trendy gallery openings, but feel especially compelled to seek a greater variety of art experiences in the city now. Since the Summit, I’ve been thinking a lot more about who defines traditional art markets and craft, and why certain art/artists are over or underrepresented. I don’t know what to do about it just yet, but know that I’m thinking about it.

Throughout January, I engaged with art to empower, art to cope, art to inspire, art to critique, art to heal, art to commemorate, and more–at the DIA, at 1xRun’s open house, at a feminist art fundraiser, at a performance at the Wright Museum, at a Detroit Rep show, and at an art tour of the DMC. My perspective on art has been shaped by exposure to art by/for narrow/diverse/indigenous/historic/fragmented communities, and I’m reminded that to engage in diverse artistic experiences is to learn about diverse communities. I’m excited for the end result of our creative work with Beaumont, and excited to continually learn about Detroit and its people through art. 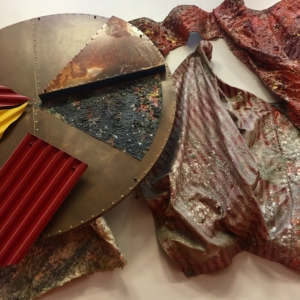 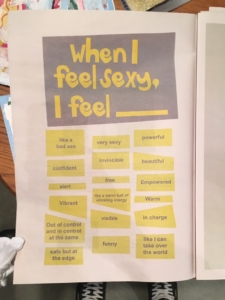 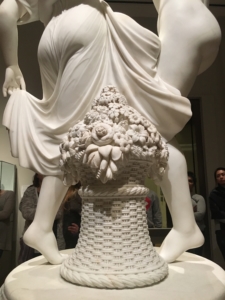 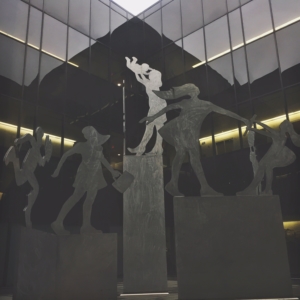