Since our inception, we have partnered year over year with Detroit Passport to the Arts (DP2A) to engage our Fellows in Detroit’s arts and culture scene. Over the years, many Fellows and alumni have joined the board of DP2A continuing to serve and connect. We interviewed alumni Fellow and DP2A board chair, Nicole Justian, about this special partnership.

QUESTION: Tell us about DP2A. How and why was the organization founded? What do you do today?

Detroit Passport to the Arts was founded in 2008, as an original program of Detroit Chamber Winds & Strings and is dedicated to engaging the next generation of arts patrons. Over the past ten years, DP2A has partnered with many organizations including DCWS, the Detroit Institute of Arts, the Detroit Repertory Theater, the Detroit Symphony Orchestra, and the Michigan Opera Theater to name a few. DP2A strives to connect audiences aged 45 and under to arts organizations by making performances accessible through low-priced tickets and offering opportunities to network with like-minded individuals. 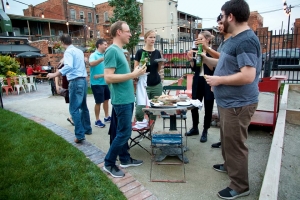 We’ve spent the past year celebrating our tenth season! We continue to follow a similar model as when we began 10 years ago, but with the continued rise of social media, and the number of events that now take place on any given day in Detroit – the scene has changed for us. Originally, we offered a season-long passport that gave our audiences access to six events in various arts formats (theater, opera, dance, film, etc.) and with various partners throughout the season. While we continue to offer the passports, we’ve also shifted to offering single event tickets, and other smaller packages, to try and capture audiences who might not be willing to commit to a season-long passport. Each season is unique for us – and we are excited to be launching Season 11 soon!

QUESTION: DP2A has partnered with Challenge Detroit for 7-years since our inception, tell us more about this partnership and why it’s meaningful to DP2A.

One of the founding board members of DP2A, Natalie Bruno, has been a long-time supporter and former Challenge Detroit board member and she was instrumental in creating the partnership that has been sustained throughout these 7 years. As an organization that strives to link people aged 45 and under to arts and culture throughout Detroit, we are always excited about the opportunity to get to connect with new audiences. Challenge Detroit, with its year-long fellowship format, is a great partner for DP2A as each year, we get the opportunity to connect a new group of Fellows to arts organizations that we love by hosting them at several of our events. With the cohort coming from Detroit, greater Michigan, and from around the country, we think this is a great way for the Fellows to Play (one of the five pillars) in Detroit, and hope that alumni continue as patrons of the arts and culture organizations that we introduce (or reintroduce) them to during their Fellowship year. 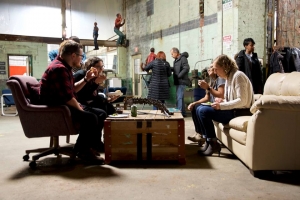 QUESTION: Nicole, you are the board chair of DP2A and were a Challenge Detroit Fellow in our fifth year, please share highlights of your fellowship year and how the experience prepared you for this leadership role.

Challenge Detroit was an unbelievable opportunity to learn about Detroit – its history, its neighborhoods, the organizations that are working here – and to make connections with community members, leaders, and organizations that are doing work in areas that matter most to me. I have a background in historic preservation, and through connections made with another Year 5 Alumna Miranda Day, I began to volunteer with Preservation Detroit. Through that organization I learned about Brick + Beam Detroit – an organization that provides resources and workshops to homeowners tackling do-it-yourself home renovation projects. As a Fellow, I was then able to connect with Brick + Beam Detroit for my Impact Project, and as a new homeowner in Detroit, continue to find their network and workshops extremely helpful. It was also during my fellowship year that I first connected with DP2A, as an audience member, before eventually joining the board, and now being the Board Chair. 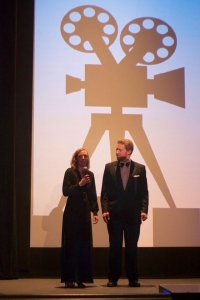 Challenge Detroit and its design thinking format have been extremely useful to me as I take on this leadership role. We’ve had to think through our audience development strategy and marketing strategies during my time on the board. Starting with the basis of a “How might we…” question has helped us to brainstorm, ideate, and prototype, and it has helped me as a leader to be adaptive to change.

QUESTION: Tell us about other Fellows and alumni engaged in DP2A – why do Challenge Detroiters make such a great fit for your board?

In my two years on the board, I’ve served with six other Challenge Detroit Fellows and Alumni. In Season 9, the board was led by Year 2 Alumna AlexandraZisser, and we were also joined by Year 5 Alumna Athena Mishiyev. This year, I’ve taken the leadership helm from Alexandra and am joined by Year 5 Alumni Claire Babala and Alex Mayo, along with current Fellows Jocelyn Aptowitz and Zack Baker. Fellows and Alumni have a unique perspective of Detroit gained through the yearlong program and a willingness to think outside the box and engage the community in the process.

I had the chance to talk briefly with founding board member Natalie Bruno – now with Jottful, an Ann Arbor based website design and hosting platform for small businesses – about the DP2A and Challenge Detroit connection. She said “There are a number of reasons why Challenge Detroiters make great board members. First, they’re entrepreneurial. We’re (DP2A) a small and scrappy organization who needs people willing to jump in and get their hands dirty. DP2A also needs young leaders and Challenge Detroiters have practiced those skills during their fellowship year. Also, because Challenge Detroiters are connected to DP2A through our partnership, people have already gotten a taste of it and can self-select. It’s been a great funnel.” 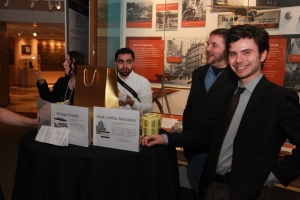 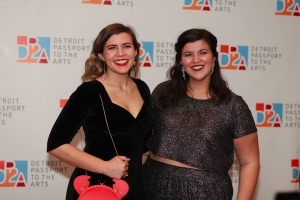 QUESTION: What’s next for DP2A?

We’re finalizing plans for Season 11 right now and hope to see some of the familiar faces from Challenge Detroit at our launch party. Expect to see some of the same partners we worked with last year, and some fun new twists! Keep up to date with us at www.dp2a.org or follow us on Facebook, Instagram, and Twitter.