This Sliding Bar can be switched on or off in theme options, and can take any widget you throw at it or even fill it with your custom HTML Code. Its perfect for grabbing the attention of your viewers. Choose between 1, 2, 3 or 4 columns, set the background color, widget divider color, activate transparency, a top border or fully disable it on desktop and mobile.
< back to blogs
Posted by Lizzie DePentu
Co-written by Lizzie DePentu

A Quick and Incomplete Guide to Detroit’s Wildlife

Spotting critters throughout Detroit is one of my favorite things. It breaks up my day and forces me to slow down, get curious, and connect with my surroundings for a moment. Encounters with local wildlife have taught me a lot about Detroit’s environment, both built and natural, so here’s my quick and personal guide to Detroit wildlife: 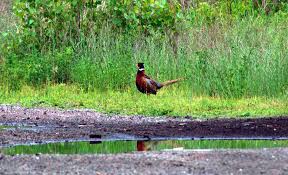 Spotted: In an empty lot in the North End Neighborhood

A fan favorite. It’s said that these birds were brought to Detroit in 1895 and thrived near farms, grasslands, and treelines. I was surprised the first time I saw one of these regal looking birds in the empty lot across the street from my first apartment. I thought they were a myth. They’re not a myth, guys. If you’re curious about their range, here’s a map from 2016 that used crowd-sourced data to track these lovely pheasant sightings: https://detroitography.com/2016/12/09/map-range-of-the-detroit-pheasant/ 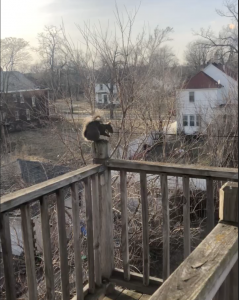 Spotted: On the top of my fire escape during breakfast (here’s a video of us eating together)

The Eastern Gray Squirrel is a much more agile climber than its cousin, the Fox Squirrel. But I was still pleasantly surprised every time this squirrel decided to join me for a meal. One time this guy came to hang out in my kitchen too! He chewed through my window screen and hung out on my kitchen table which was really great for me. 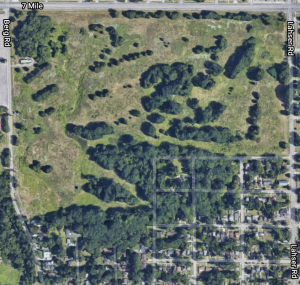 Spotted: Off of 7 Mile Rd. and Lahser across from my old office (see low resolution video here)

Spotted: Way high up in a tree by a man who paused my run so we could watch it together for a while

We’re so lucky to have these guys here! Because of pesticide contamination, there was a long period of time where Bald Eagle populations in SE Michigan were nonexistent. They’re still a protected species, but they’re recovering in this region and places like Belle Isle are a great place for them to continue their rebound. I’m no birdwatcher, but I’ll definitely continue to stop and watch these buds when I’m out and about on the Isle. 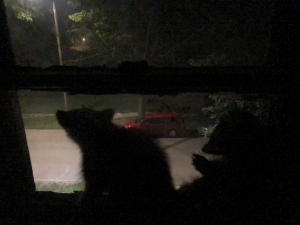 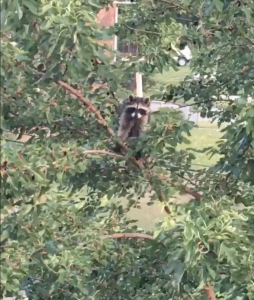 Spotted: On my fire escape, and in the nearby mulberry tree, and by my bedroom window, and in my storage space.

Raccoons are reported to have first showed up in midwestern urban environments in the 1920s. And in the summer of 2019, raccoons showed up at my apartment. Even though they ruined my life for a little, I recognize that raccoons are incredibly smart and have an important role in our urban ecosystem. Looking online, you can find a surprising amount of local news stories covering raccoons moving into attics and chimneys throughout Detroit. Because of how common this experience seems to be, I’m working to reframe it as a bonding experience with the city or maybe even a ‘rite of passage.’

So get out there and do some exploring of your own. Even if it’s just a pigeon on an overpass that you see on your daily commute. That’s still wildlife and it still counts. –Lizzie