This Sliding Bar can be switched on or off in theme options, and can take any widget you throw at it or even fill it with your custom HTML Code. Its perfect for grabbing the attention of your viewers. Choose between 1, 2, 3 or 4 columns, set the background color, widget divider color, activate transparency, a top border or fully disable it on desktop and mobile.
< back to blogs
Fellows' Blog: Ryan Hebert

Traveling Around the Detroit Region

There’s a saying….or maybe it’s just me who says it….that Detroit is on the way to and from nowhere to nowhere.  Actually all of Michigan is kind of that way.  I suppose if you were in Chicago and decided you needed to drive to Toronto, then maybe Detroit is on the way, but chances are you’d fly for that one or cross further north at Port Huron.

This gives Detroit a unique status though, especially as the city continues to become a destination in and of itself.  The special places in and around the city and region are less well-known outside of Michigan, northeastern Indiana, and northern Ohio.  National publications have taken an interest in Detroit in recent years, but tend to focus on a cluster of places downtown.  Even Bourdain wasn’t much help when he featured the city in his show Parts Unknown in 2013.  There’s much more to the area than downtown and while I’ll make no claim to having experienced it all or even knowing of it all, I have come to really like certain special places in my time here.

So for those in other parts of the country, or world, who maybe haven’t been to Detroit, SE Michigan, or SW Ontario, here are some of my favorite places in the city, the metro area, and the wider region.

Batch Brewing and Atwater in the Park

Anyone who knows me knows my love of great craft beer.  My favorite places are the ones that don’t distribute beyond a city or region, the places you have to go visit to enjoy.  Detroit and the suburbs have quite a few breweries, but there are two standouts in my humble opinion.  Batch Brewing is located in the Corktown neighborhood about a mile or so southwest of downtown. 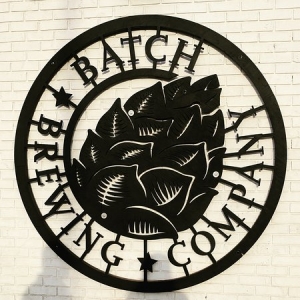 Batch’s bread and butter are their continuously rotating small batch beers.  There are few standbys and the beer on tap changes often from week to week.  This seems risky as beer drinkers are creatures of habit, but Batch succeeds because of customer knowledge that every beer they craft is going to be of excellent quality.  In the craft brewing explosion that’s happened over the past decade, this emphasis on quality is becoming harder to find.

Atwater Brewery has two locations in and around Detroit, one on Atwater St. along the riverfront about a mile or so east of downtown, and my preferred location, on Lakepointe St. in the adjacent eastern suburb of Grosse Pointe Park.  Atwater in the Park is located in a beautiful old church building, nestled among a vibrant business district full of small, local businesses. 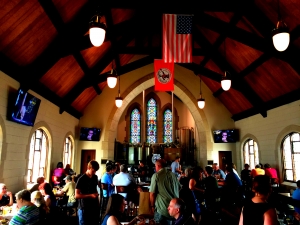 With a substantial offering of brews and a small town, local bar atmosphere (not to mention the large outdoor biergarten that allows dogs), Atwater quickly became my go-to brewery.  Their Vanilla Java Porter is never a bad decision.

A nearly 1,000 acre island sitting in the Detroit River between the US and Canada, Belle Isle is Detroit’s greatest outdoor asset.  Not only is it a beautiful piece of land, with beaches, forest, and fields.  It hosts high quality free edutainment with its Dossin Great Lakes Museum (which has pieces of the famous Edmund Fitzgerald wreck) and a large Conservatory filled with plants from around the globe.  It’s also home to a world-class auto racing event each June. 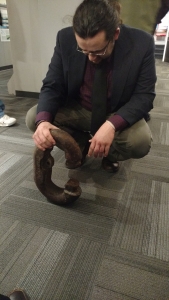 EMC holding a link from the anchor chain of the Edmund Fitzgerald at the Dossin Great Lakes Museum. 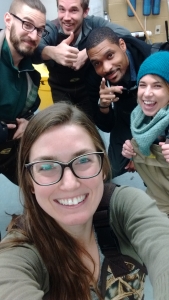 Team Forest from Challenge 4 getting ready to wander the wetland forest of Belle Isle. 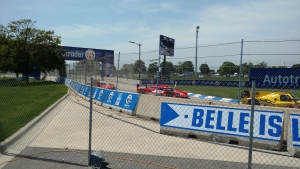 For a weekend each June, insanely fast cars zip around the island for the Grand Prix. 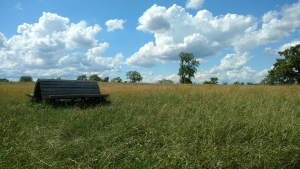 The eastern side of the island on a beautiful summer day.

Detroit’s most immersive outdoor art installation, the Heidelberg Project is something I’ve seen nowhere else:

“In 1986, artist Tyree Guyton returned to Heidelberg, the street where he grew up on Detroit’s East Side, and found it in shambles, riddled with drugs and deepening poverty. Bruised by the loss of three brothers to the streets, Guyton was encouraged by his grandfather to pick up a paintbrush instead of a weapon and look for a solution.

Armed with a paintbrush, a broom and neighborhood children, Guyton and Grandpa began by cleaning up vacant lots on Heidelberg Street. From the refuse they collected, Guyton transformed the street into a massive art environment. Vacant lots literally became “lots of art” and abandoned houses became “gigantic art sculptures.” Guyton not only transformed vacant houses and lots, he integrated the street, sidewalks and trees into his mammoth installation and called the work, the Heidelberg Project.” 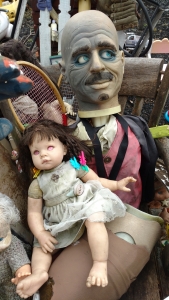 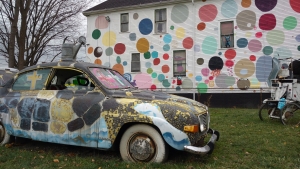 Probably my favorite bar in the city (with The Keep coming in second), no simple description quite conveys just what the heck Old Miami is.  Part ancient veteran bar, part EDM club, part hipster hangout, a small part sports bar, add in an outdoor fire pit and a giant back lawn, subtract doors from the bathrooms and you have the magical concoction that is Old Miami.

Hamtramck is a tiny enclave surrounded by Detroit.  It’s Michigan’s most diverse city and that shines through brightly in its seemingly endless delicious food options.  There’s a wacky “sport” called Fowling that I’ll let you look up on your own.  It’s also where the Northern Guard cheers on the men in red of Detroit City Football Club.  Games are affordable and loads of fun.

Windsor is the butt of many Canadian jokes.  Detroiters rarely speak of it unless there’s a big artist playing at the gigantic Caesar’s casino across the river.  I’ve written about Windsor before for this blog, so I won’t drone on about it here, but I will say that the city has its charms and is certainly worth a trip through the tunnel to check it out.  I have found my greatest thrift store treasures in Windsor and everyone knows Timmy’s coffee tastes better in Canada.  It just does. 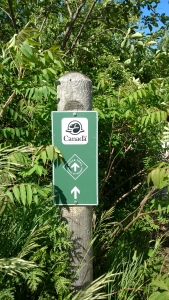 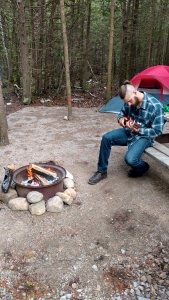 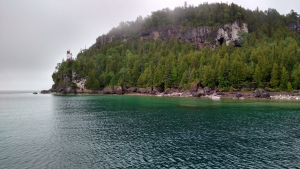 I won’t say too much about this place other than that it is beautiful, Canadian, and about 300 miles from Detroit.  Should you find yourself looking for incredible natural scenery, Canadian hospitality, and an excuse to cook an entire kielbasa over a campfire, Bruce Peninsula should be on your list.

If I’m being completely honest here, the greatest times I’ve had in Detroit have been with friends; cooking breakfasts and dinners, sitting around fires, telling stories over coffee, whiskey, wine, or beer, and biking around this fine city.