Not Just Home to Your Sports Teams

Live within an hour of Detroit? Whether you are mistakenly ashamed to admit your relationship to Detroit or not, you will most definitely explain where you are with some type of explanation involving Detroit. Some may claim they are from Detroit even if they live in a suburb. Some will explain being from Metro Detroit, another may explain it with the exact distance and direction they live from the city. Despite how you choose to go about orienting yourself to others, it will always trace back to Detroit. A place some will wear as a badge of pride and disappointingly others try to explain themselves away from.

Detroit is the face of southeastern Michigan and in many instances the face of Michigan. The country sees Detroit, the state’s largest city with a 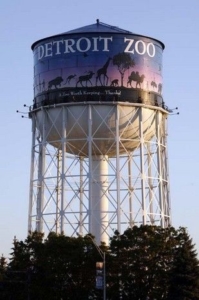 population just under 700,000 people (16% of Metro Detroit), as a representation of whether things are going well or failing. Individuals in Portland Oregon or Albuquerque, New Mexico don’t know or care about Livonia or Milford but they know and listen when they hear something about Detroit. Businesses and individuals often make decisions on investing in Southeast Michigan based on how the economy of “Detroit” (Metro Detroit). When 2 of the Big 3 automakers filed bankruptcy and went to ask for a bailout from the US government, the stories did not read “Auburn Hills Automaker” it boldly flashed Detroit’s name across the national front page.

Maybe it’s having grown up blindly in the suburbs and not having had any real connection or relationship to Detroit that I didn’t realize it previously but there is a true disconnect that I have come to realize between Metro Detroiters understanding that they are Detroit. Your address might not say Detroit but the good times and bad times of Detroit directly affect you as well.

Yes, you may not live in Detroit and live with blighted and burned down houses on your block. You might be able to travel to 3 different grocery stores by driving 5 mins and find affordable and nutritional food. So while you are aware of these issues you may choose to ignore them because they do not directly influence your daily life. The reality is that these are only a couple of the many unfortunate truths that exist within Detroit and they do effect you indirectly.

Helping to correct issues like these to help Detroit prosper.

It encourages residence to stay in the city.

It promotes individuals who may work in the city to also live in the city. 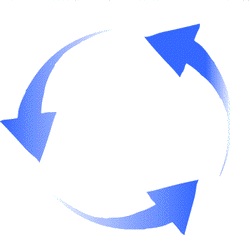 If more individuals live in the city they need goods and services, which encourages additional businesses to open or existing businesses to do well.

Additional businesses need additional goods and services which means business may open in a neighboring suburb.

The suburban residence make money and then spends that money in the metro Detroit helping additional businesses to do well.

The entire system is interwoven. You cannot remove one cog from the wheel and expect for the machine to keep running with no problems. Detroit is a large cog, maybe the largest, its issues and problems are Metro Detroit’s problems, and they are also the states problems. You cannot just turn your back on it and expect that it’s going to just work itself out.

Do me a favor the next time you are proudly belting out the lyrics to Journey’s Don’t Stop Believing or cheering one of the Detroit sports teams you claim as your home team. Even the Detroit Pistons who claim the city as the face of their franchise’s home despite be located in Auburn Hills the last 29 years. Remember to also think about how Detroit is a lot more important to you than you think or realize. What helps make Detroit successful will help make Metro Detroit successful.