This Sliding Bar can be switched on or off in theme options, and can take any widget you throw at it or even fill it with your custom HTML Code. Its perfect for grabbing the attention of your viewers. Choose between 1, 2, 3 or 4 columns, set the background color, widget divider color, activate transparency, a top border or fully disable it on desktop and mobile.
< back to blogs
Fellows' Blog: Kaitlin Lapka

A Tale of Two Cities: Detroit vs. New York

Exploring the differences and similarities of two iconic American places

If you’re a millennial like me, you’ll know that reference. But it’s true. Born and raised in the Great Lakes State, I am proud to be a Challenge Detroit fellow and have relocated from Manhattan to Michigan this past summer.

Since returning home, I also now have experience living and working in both of these amazing cities: Detroit and New York. Over the months, I’ve been able to see how my two favorite cities are uniquely distinct and how they are also more alike than we realize.

Want to know a few fun similarities and differences between Detroit, MI and New York, NY? Read on! 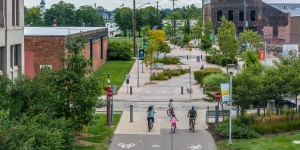 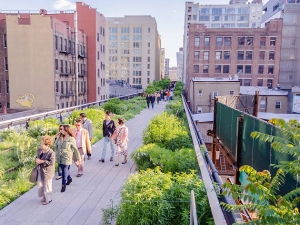 In Detroit, you can see examples of this in old buildings like Hunt Street Station, a modern co-working space that formerly served the Detroit Metropolitan Police Department for more than 60 years, and Michigan Central Station, a former rail depot (designed by architects who worked on Grand Central Terminal in New York!) that is now under renovation to become a Ford innovation hub.

In fact, my downtown Detroit apartment building, Briggs Houze, was even re-adapted from its former existence as the famous Hotel Briggs. 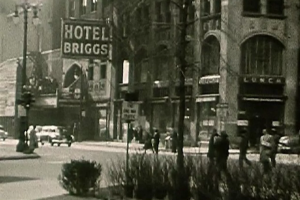 In New York, I have friends who helped worked on adaptive reuse projects like the Brooklyn Army Terminal, an original U.S. Army supply terminal that the New York City Economic Development Corporation recently redeveloped into a modern manufacturing hub.

New York is also home to one of my favorite public spaces, the High Line, which is a public park built on a historic elevated rail line on Manhattan’s West Side. It has many similarities to Detroit’s Dequindre Cut, a former Grand Trunk Railroad line turned greenway. In fact, both are a part of the High Line Network, which supports national infrastructure reuse projects in New York, Michigan, and beyond. 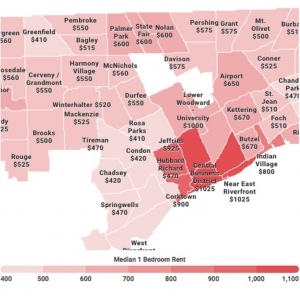 Moreover, when I lived in New York, my roommate and I had to prove that we collectively made 40X our rent to secure a sixth-floor pre-war walk-up in Greenwich Village (read: no elevator). In Detroit, I was finally able to forgo a roommate for the first time in my adult life and find an apartment with a gym, in-unit laundry, parking, and of course, an elevator.

And Detroit doesn’t require its residents to live in urban apartments either. My friends and colleagues in the region live in a wide variety of historic and modern housing options in diverse neighborhoods. Many even own their own home — something very few people my age considered in New York!

Similarity & Difference (Both!): Our Favorite Foods 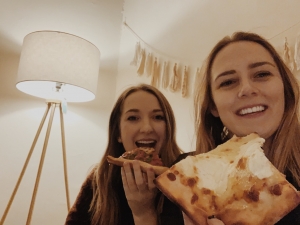 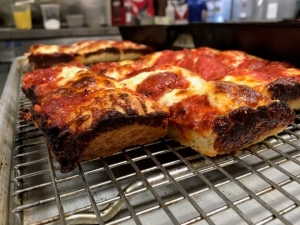 First, let me say it loud and clear. Both Detroiters and New Yorkers love diverse, amazing food. And there is a plethora of options in both cities – so that’s what makes the two places similar. However, when it comes to some of the foundational foods we all know and love, there are a few clear differences.

Take New York-style versus Detroit-style pizza. In New York, we grab wide, thin slices that have crispy crusts, gooey cheese, and fold perfectly so we can eat them while walking down the street. In Detroit, we tuck in to thick square slices that while still crispy, have focaccia-like crust, and caramelized cheese corners.

Is there a winner? No. Both are delicious. 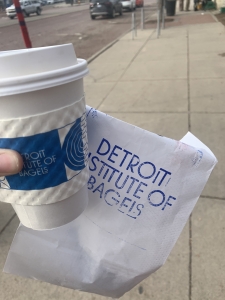 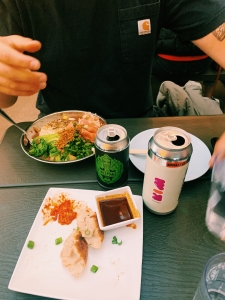 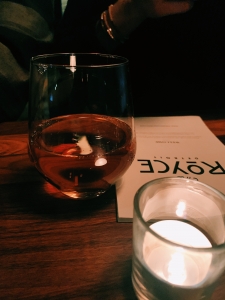 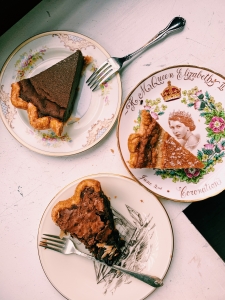 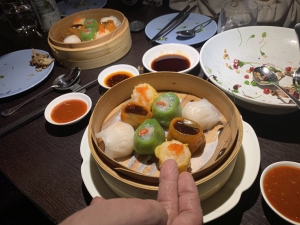 Along with cheesecake, oysters, babka, and bagels, New Yorkers enjoy fat chocolate chip walnut cookies from Levain, Chinatown soup dumplings, cash-only pasta at Bar Pitti, and 1,000 other things I don’t have the time mention. But trust me, the food is always excellent.

So, Which City is Better?

There is no correct answer!

From transportation and jobs to population size and geographical location, there are obviously many more differences and similarities between New York and Detroit. Both cities have important history, art, culture, American legacies, and creative spirit. Both cities have hard-working people, opportunity, innovative companies, and thoughtful problem-solvers. Both cities are responsible for shaping the world we live in today. And I believe, both cities will play a critical role in our future success.

In the end, both New York and Detroit are wonderful places for young professionals to live, work, give, lead, and play. That’s why I’m grateful to have lived in both.

Want to learn more? Check out my application video to Challenge Detroit below, called “A Love Letter to Detroit,” that I created before leaving New York. Happy watching!